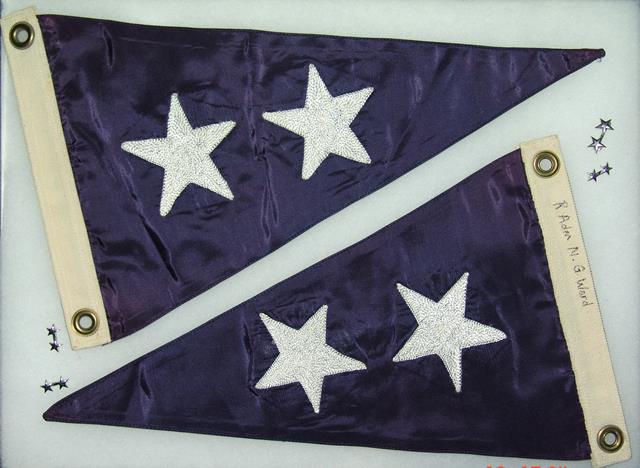 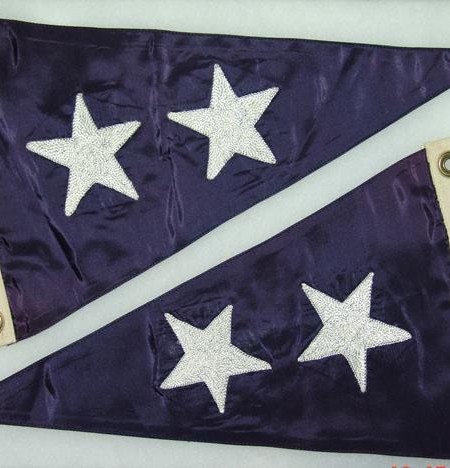 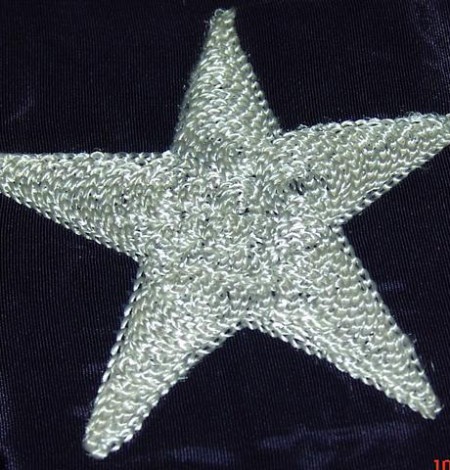 Rear Admiral Norvell Gardiner Ward was attached to MACV as head of the Naval Advisory Group Vietnam. Later became Commander of U.S. Naval Forces in Vietnam till 1967. In the group are two small Rear Admiral pennants, could be be used for auto or boat. One has “R Adm N.G.Ward” written on edge. Flags are made of a satin or silk type material, the stars are “chain-stitched” by hand. No other markings. Story given to me is that these were made in Vietnam, however I can not confirm. Also in the group are four Rear Admiral rank stars for his over seas cover. One is pin back. Other has the normal titty clips to the reverse. Nice clean condition of all items.